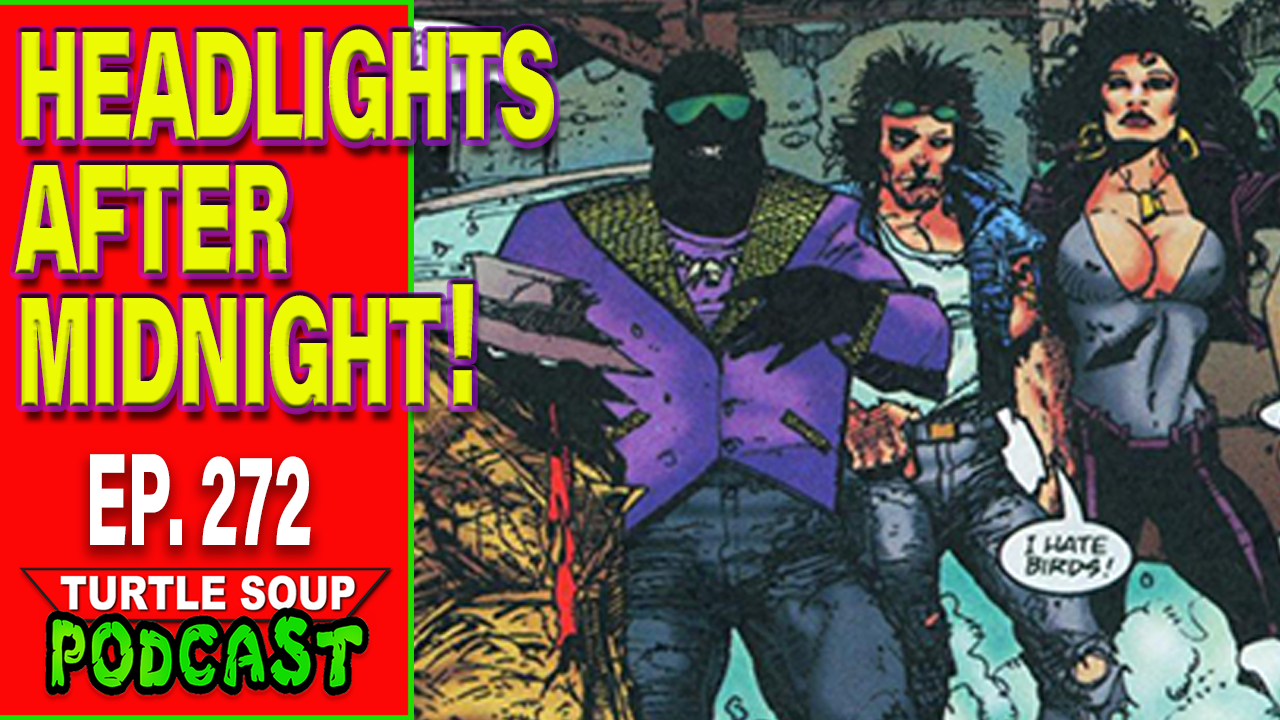 After some massive technical difficulties, we finally manage to get the show back up and running and our first stop on the journey this episode is to take a look at NECA’s 12 days of downloads TMNT checklist! This is something NECA does every year and its a neat way to sort of celebrate the past and commemorate the last year’s additions to our collections. But most importantly, its a way for NECA to tease some more upcoming action figures to add to our shelf this coming year!

This year they start off with showing us General Traag and Granitor in their arcade appearance / pixelated paint job. These figures are mostly the same release from NECA’s 1987 TMNT animated series line. If I’m not mistaken, not only is the paint job different but I believe they also feature different head sculpts. Then next to them on the checklist, we see some more different colored foot soldiers! We here at Turtle Soup love the multi colored stylings of the video game foot clan. These figures appear to be repaints of previously released foot soldiers, however, these also include some more accessories to match them with!

The final reveal gleamed from NECA’s checklist is in their comic line. All the way at the end we get our first full glimpse of Fugitoid! This figure looks fantastic! Fugitoid is always a welcome addition to any area of TMNT and here is no exception. Not only does this reveal tell us that we’re getting another great addition to our TMNT toy shelf, but that, more specifically, we’ll be getting more Mirage comics figures from NECA!!!

Finally, we make it to the true step in our journey through the entire history of the TMNT by reviewing the 1996 TMNT Raphael and Casey Jones: Body Count issue 3!

This issue finds our heroes Casey Jones and Raphael escorting their new found friend Midnight to a place called “Sanctuary.” They meet a fellow named Courtney who will be their escort to “Sanctuary” by way of another guy named Martin. Detective Choy, his bodyguard, and Bode are hot on their trails as Johnny Woo Woo and his crew are leaving a trail of blood and gun shells behind them in pursuit of MIDNIGHT!!! We get some sort of context for what’s happening in the story by way of some of Choy’s theory about a fraction within some crime syndicate in Hong Kong. His theory continues to reintroduce us to the man who initiated the hit with Johnny Woo Woo on Midnight: Lord Dong! Casey Jones, Raphael, Midnight and Courtney finally make it to “Martin’s” only to find its a fortified church and Martin is looney tunes. Upon their arrival they are quick to prepare for battle as Johnny Woo Woo makes his way in to the church, while Detective Choy, Bode and company are watching from across the street as the pandemonium is exacerbated by the arrival of Lord Dong’s men who join the fray. These men however look an awful lot like the men who were involved with the setup that set up this entire story!