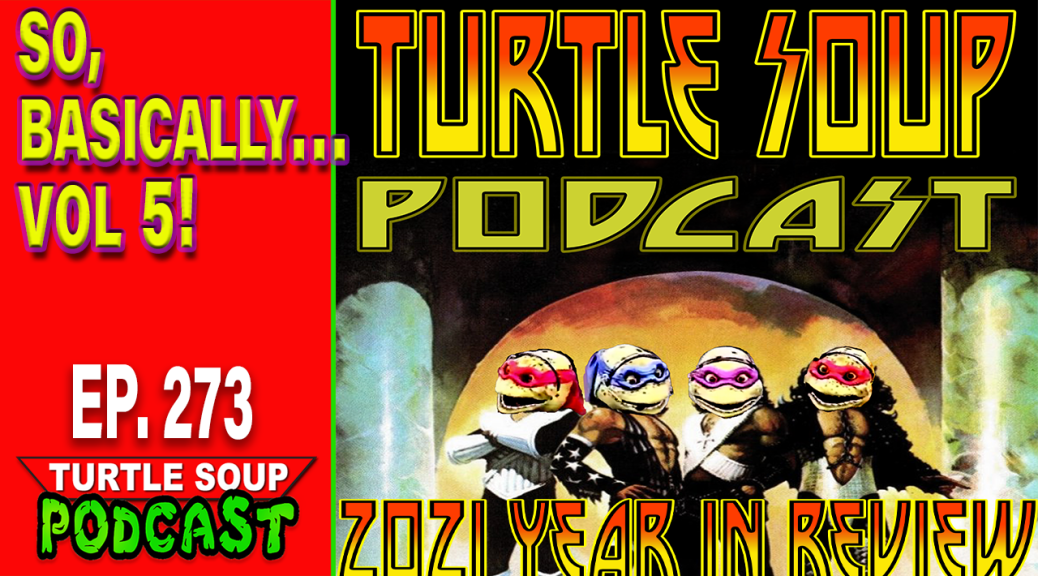 This live streamed 273rd episode of Turtle Soup Podcast is our 5th annual So Basically (Year In Review) episode. Herein, we take a trip down memory lane and blaze through all the things we reviewed in 2021 on the podcast. We like to use these episodes as a fast track for those who don’t want to go through all 272 episodes to get current but want to get an idea of what we’ve done and what we thought it about. However, before we get to the meat of the episode, we have some NECA TMNT toy news!

NECA unveiled 2 more TMNT action figure checklists: One for the Cartoon Series and the other for their Movie line of figures. NECA uses these checklists as a way to reveal certain figures we’ll soon be getting in each line. On top of the checklists reveals, NECA’s Trevor Zammit was interviewed on The Fwoosh.com’s podcast Fwooshcast about all the toys and more.

Now, on to the year in review!

We covered a ton of stuff this year. Here’s a quick list of what we covered and what we talk about on the episode.

Thanks to everyone who has liked, subscribed, commented, emailed, live chatted and supported us on Patreon! Ya’ll are the wind beneath our wings!