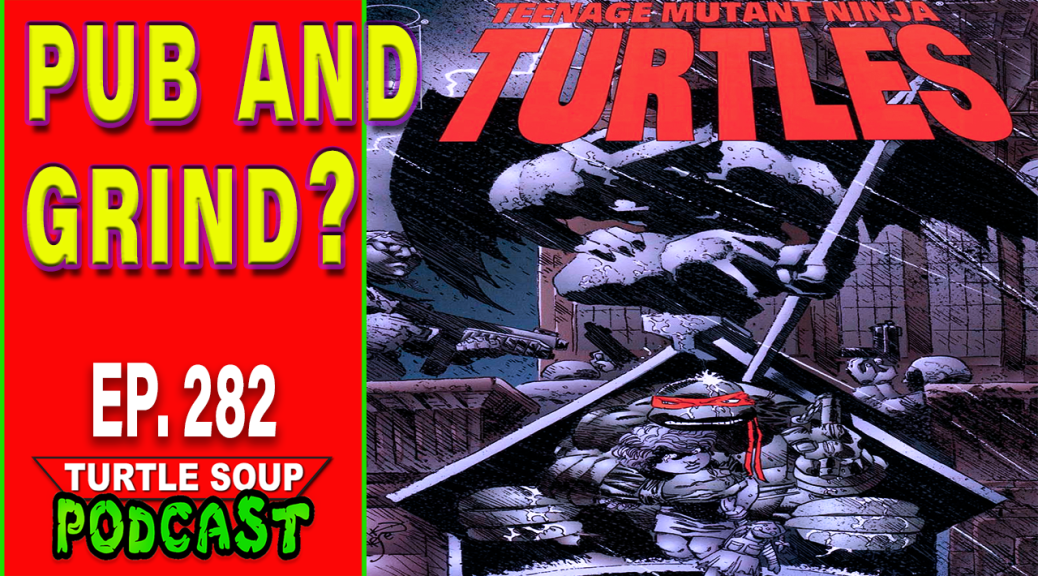 Before all that we get into an email from our friend Noah thanking us for hearing his cries for more bonus episodes for the patrons.

We then get into the news!

Netflix’s Samurai Rabbit: The Usagi Chronicles looks to be a lot of fun with some familiar faces… or at least their descendants. Hopefully we’ll get to see our beloved Usagi Yojimbo, Miyamoto, at some point in the show and maybe even an appearance from our favorite turtle teens!

Neca has finally fully revealed their take on the 1987 TMNT animated series’ Turtle Van / Party Wagon and is now up for preorder.

Now on to the meat of the episode!

Image Comics Teenage Mutant Ninja Turtles Vol 3 Issue 8 is the resolution of small story arc where we see Shadow, the adopted daughter of Casey Jones and April O’Neil, get kidnapped while Michaelangelo was supposed to be watching her.

Her disappearance leads to Casey going on a drunken bender and looking for fights and this leads to him getting shot and put up in the hospital.

Raphael checks with his Foot Clan friends and they inform him that indeed they were the ones who took her by request of a local mob boss “Big Tony” who claims that she is his granddaughter.

Raph is sent to kill Big Tony but decides against it and as he’s leaving he sees Shadow is actually there. He makes his escape through the window of the building only to have the Foot Clan cut his rope leading him to fall and make his way through another room via breaking through the window.

At the same time, Donatello, who was following Casey, calls April to inform her of him being shot and taken to the hospital.

Mikey stays behind to wait to hear from Raphael as Leo takes the aircar to investigate the bat problem in midway city while April heads to the hospital.

After they leave, Raphael stumbles his way back to April and Casey’s place and informs Mikey of the situation. After Mikey attends to his wounds, he makes his way to finding Shadow and redeeming himself. He finds out that she’s about to be baptized at this massive church. He heads there and sets the priest on fire as a distraction and scoops up Shadow and heads to the roof of the church.

This doesn’t make Big Tony happy, so he calls his Nephew Joey to come help with the situation but he does nothing but make promises to Big Tony that he’ll find Shadow and the Turtle all while Mikey and Shadow are hiding literally under his feet.

We find out that Big Tony believes Shadow to be the daughter of his son Albert and Gabrielle who are both deceased.

Eventually, Mikey is able to reunite Shadow with April and Casey at the hospital for an eye opening family reunion.

On this thrilling episode of Turtle Soup, we take another bold step in the journey by continuing on in our coverage of the Playmates toy line covering the Cyber Rover Playset, Mini Mutants Party Wagon Playset, and Mini Turtles Super Trailer! (1995)

On this thrilling episode of Turtle Soup, we take another bold step in the journey by continuing on in our coverage of the Playmates toy line for that year, covering Mini Mutant Turtle Transports!(1995)!